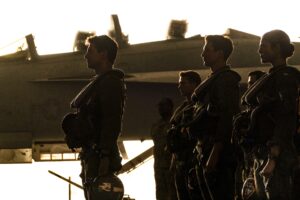 There was probably a time when film critics bemoaned sequels for all sorts of reasons; but after The Godfather II and the Empire Strikes Back, everyone realizes that there’s nothing wrong with sequels if done right. Now, with the Top Gun sequel, critics have spoken out about how bizarre it is that there are 35 years between these films. I first wondered if this was the longest time between movies, but I quickly recalled the Blade Runner sequel a few years ago, as well as the terrifying Coming to America sequel that took place some 33 years after the original. A quick Google search showed me that the longest span between films was 64 years – that was when Bambi II was released (who even knew there was a second Bambi? Or that Patrick Stewart was involved. But I digress away).

Here’s a fun fact. This isn’t the first time Cruise has been involved with a sequel filmed decades after the original. No, I’m not talking about his couch dancing in his underwear on Risky Business and his couch dancing on The Oprah Winfrey Show. He was in The Color of Money (1986, which I thought was overrated), a sequel to The Hustler (1961, which I highly recommend).

I have a few reasons to welcome this sequel. First, I’m a film critic based in San Diego, where this film is set. Second, when they were filming the first one, I was always playing basketball at the Miramar base with many of the pilots who worked with Cruise. They always entertained me with stories about what was happening on set. The film came out in my senior year of high school and I loved it. Sure, it had a few cheesy moments, but just like Dirty Dancing, which came out shortly after – both worked for me. The romance, the fights, and even the cheesy moments. And no one corners Maverick, so he’s back to Mach 10. At least that’s how it starts. He works as a test pilot in the Mojave Desert and Ed Harris plays a guy who shuts down the program. He tells Maverick that he is no longer in the military unless he takes a job teaching at Top Gun. It was almost the same as the bald guy in the first one saying, “I’ve got to send you two jokers to Miramar!” (this time it’s the North Island). The only thing missing was a cigar.

It was a great opening segment (although we never saw Harris again), but things went downhill from there. And it was the first of about 20 scenes that were almost exactly like the original. I hated that. One of the friends I brought to the screening thought it worked and said, “It was fun seeing all the Easter eggs.”

To me, these are not Easter eggs. The Easter egg would be the new love interest driving a silver Porsche, just like Kelly McGillis drove a silver Porsche in the original (although that was a cool ’60s Speedster).

This film was lazy to write and just a makeover of the original.

Anyway, back to the story. Iceman Kazansky (Val Kilmer) has sent word that Maverick is needed to train some Navy pilots for a secret mission that reminds me a lot of the mission the Jedi had in Star Wars to blow up the Death Star hunt: fly into a narrow canyon of mountains without being detected and shoot at a small uranium target that the baddies possess. But I’m anticipating.

When we meet all the new Hotshot pilots, it re-enacts what happened in Top Gun. Instead of Goose at the piano playfully playing “Great Balls of Fire,” it’s his son Rooster (Miles Teller). Uh, doesn’t this family know any other songs? Couldn’t Rooster have played a more contemporary tune than something released in 1957?

And instead of the arrogant Iceman being rude to Maverick in the first film, it’s no longer Iceman but Hangman (Glen Powell), with eyes and hair similar to Kilmer’s and even a toothpick in his mouth. And when the guys in the bar give the old timer (Maverick) a hard time and throw him out of the bar, you know what? Just like Kelly McGillis stalked into the street the next day only to find out the woman who was trying to pick up Maverick is now his teacher — these guys are having the same reaction now. Folks, that runs through the whole film.

Rooster, who sports the same mustache his pop had, harbors a grudge against Maverick. One of the reasons is obvious, the other is interesting when we learn about it.

Jon Hamm plays Vice Admiral Beau “Cyclone” Simpson, and that’s a character I hate in movies. The guy who’s always mad at someone he works with and has a stick up his ass. He literally hates everything Maverick does and didn’t even want him there. He thinks Maverick’s methods are unconventional. Especially when he lets the boys spend the day at the beach playing soccer without putting their shirts on because… hey everyone makes fun of that volleyball scene in the first movie why not create another scene like this (side note: I’ve played a lot of soccer over the years, and everyone always wore shirts; also, no one has ever refereed a game, but movies always have a character who does).

Jennifer Connelly plays a bar owner and love interest. This is refreshing for two reasons. First, she may be the prettiest woman I’ll see on screen this year. Just great. And since she’s 51 and Cruise is 59, this is a film that’s actually for once age appropriate. They have great chemistry together and there are some funny scenes with their little daughter (Lyliana Wray).

The scene with Val Kilmer was awful. It gets you out of the movie knowing that in real life his throat cancer cost him his voice. But when he has a goofy expression on his face and just points to a screen that says “let him go,” we think back to the original when the much more formidable Tom Skerrit says the same thing to Maverick after Goose dies.

Where the image works is in the dogfights and airplane scenes. Cameraman Claudio Miranda provided us with beautiful action shots. I also liked that many of the exercises were explained which was helpful so I knew what was going on. One of the friends I brought to the demonstration, Joe Santos, was a fixed-wing aircraft electrician in the Navy for 20 years. Since we’ve talked about military films over cigars for years, I asked him what he thought of the film. He said, “In 1986, when Top Gun came out, President Reagan was in office, American flags were flying, and Top Gun was in theaters. I’ve had numerous missions and this was the movie about waving the American flag. This one had the old fused with the new, flawless. New rivalries were created, old rivals turned to bonds of friendship. The F-14 flew in glory. For my military brothers, yes there are flaws, but it represents naval aviation beautifully. For civilians, it’s entertaining and patriotic. The flight scenes are great. You better love her because it will probably never happen again. The two characters who never appear in it – the songs. Kenny Loggins’ Danger Zone and Harold Faltermeyer’s Top Gun Anthem were just as great as they were 36 years ago. This film will create new naval aviation lovers and rekindle old naval aviation lovers.”

Yankee Joe, as we all call him in the cigar lounge, liked it a lot more than I did. When he brought up the songs, it reminded me that while I didn’t mind hearing those songs again, I didn’t like the classic rock choices. Foghat’s “Slow Ride”, T. Rex’s “Bang a Gong”, “The Who’s Won’t Get Fooled Again” – all great tunes, but we’ve heard them in too many movies. Although it was sweet to hear David Bowie on the jukebox since Jennifer Connelly was in Labyrinth with Bowie (the same year Top Gun came out).

I wish the three screenwriters hadn’t just tried to recreate the original scenes with new characters, but instead given us a bit of conflict between characters that worked better. It also needed better dialogue. It’s never above things like “You’ve got balls, stick jockey!”

Maybe one or the other less implausible scenario. I usually let those go in action pictures, but there were too many here. I mean they have cool planes and great dogfights. Would it have been so hard to spend an extra week writing a decent screenplay? Especially since the idea of ​​drone technology making these guys less useful in the future seemed like a premise that could have been explored more.