For decades, the tall white building that currently serves as the library of Shueitsanlin Elementary School (水燦林國小) has been shrouded in mystery.

Referred to as the “White House” (美國白宮) by locals since it was built by the US military in 1968, the building seems out of place for rural Yunlin County, and even principal Tsai Hsing-shen (蔡幸伸) couldn’t find any information about it. Some local women remember drinking milk feed provided by the research facility and sending their young there, but no one really knew their purpose. Life was hard then, there was little to eat apart from sweet potatoes, and they didn’t want to turn down free food and childcare.

The facility closed in 1975 and everything was shipped back to the US, leaving not even a single document for the National Archives.

The only evidence left in Taiwan was the old photos and memories of former employees, including the father of See You director White House (再會啦, 白宮), Lee Chine-cheng (李建成). Lee, who grew up in the area, was looking into the building on a trip home when he found a photo with his father on it, sparking a four-year, transcontinental search for the truth behind the White House. His efforts not only culminated in a full-length documentary, but also reunited the former workers, who seemed to get on really well.

The result is a solid, no-nonsense story that explores as best it can the history of the US Naval Metabolic Ward and why it was established in the remote community of Shueilin (水林). The locals and former workers are definitely characteristic characters, especially the former nurse and milk delivery girl Hsiu-ching (秀卿), who probably carries more than half the film’s weight with her extremely upbeat and funny, but self-deprecating personality. Lee includes many slice-of-life moments that add a human touch to a story about a building, which keeps things entertaining for non-history viewers.

The scenes are interspersed with old photos and videos, and despite initial research deadlocks, Lee eventually uncovered a wealth of footage that offers a fascinating glimpse into another untold chapter of Taiwan’s past. 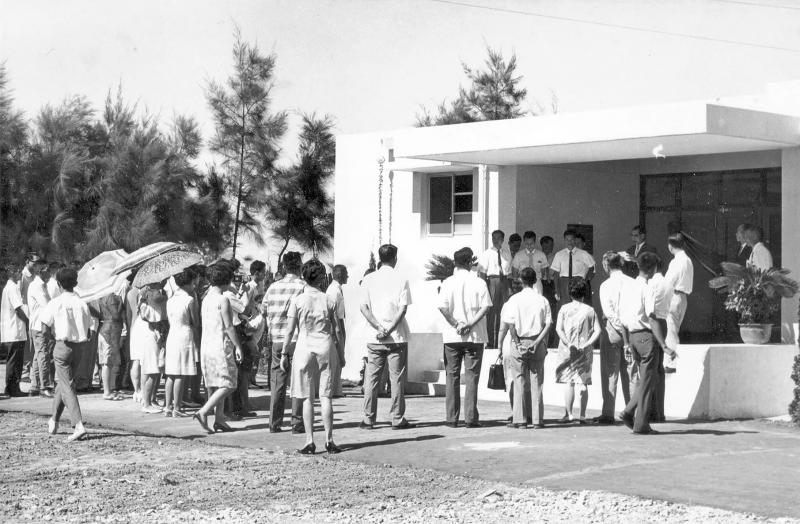 In fact, the identity of the building isn’t a big secret once Lee goes to Johns Hopkins University in the US. Unlike some of the nation’s forgotten events, the Shueilin White House isn’t particularly politically sensitive — it just wasn’t bothered to investigate. And audiences can count themselves lucky that Lee has done so now that many of those involved are still alive and well.

Much of the final part of the film deals with the renewed friendships between the former employees – some of whom hadn’t seen each other in over 40 years. This part feels lengthy and repetitive and could have been scaled down, a common problem with Taiwanese documentaries, dwelling a little too long on the heartwarming bits. The soundtrack is also repetitive and juicy. However, these unintentional reunions are still an interesting result of Lee’s inadvertent endeavor.

The editing is generally going well, but the timeline gets a bit confusing in the second half as the same characters seem to meet in the same place on different occasions.

Although the film doesn’t end up uncovering a compelling international military conspiracy or nefarious human experimentation on unsuspecting locals, See You, White House is still a largely well-presented story that’s worth watching.

Comments are moderated. Keep comments relevant to the article. Comments with abusive and obscene language, personal attacks of any kind or advertising will be removed and the user will be blocked. The final decision is at the discretion of the Taipei Times.