As the Golden State Warriors got off to a sizzling start last fall, Klay Thompson made a bold statement: “Championship or bust.”

The Warriors lived up to his lofty proclamation by capturing the franchise’s fourth championship in eight years by beating the Boston Celtics in six games this month.

But it wasn’t easy. Thompson was recovering from devastating ACL and Achilles injuries, and Stephen Curry and Draymond Green (I hope you like photos of Curry and Green) suffered injuries on the track. But it was also a cast of youngsters and newcomers performing in the bright light of the NBA Finals.

And this month wasn’t all about action on the pitch.

A champion has been crowned and the next generation of players chosen.

A special thanks to all the photographers who documented the 2021-22 NBA season. Sports photojournalists are often invisible, but they capture joy, defeat and defining moments that often happen in a matter of seconds.

Game 1 of the NBA Finals

The Celtics’ Al Horford bows down after scoring against Golden State in the second half. (Jed Jacobsohn/Associated Press) 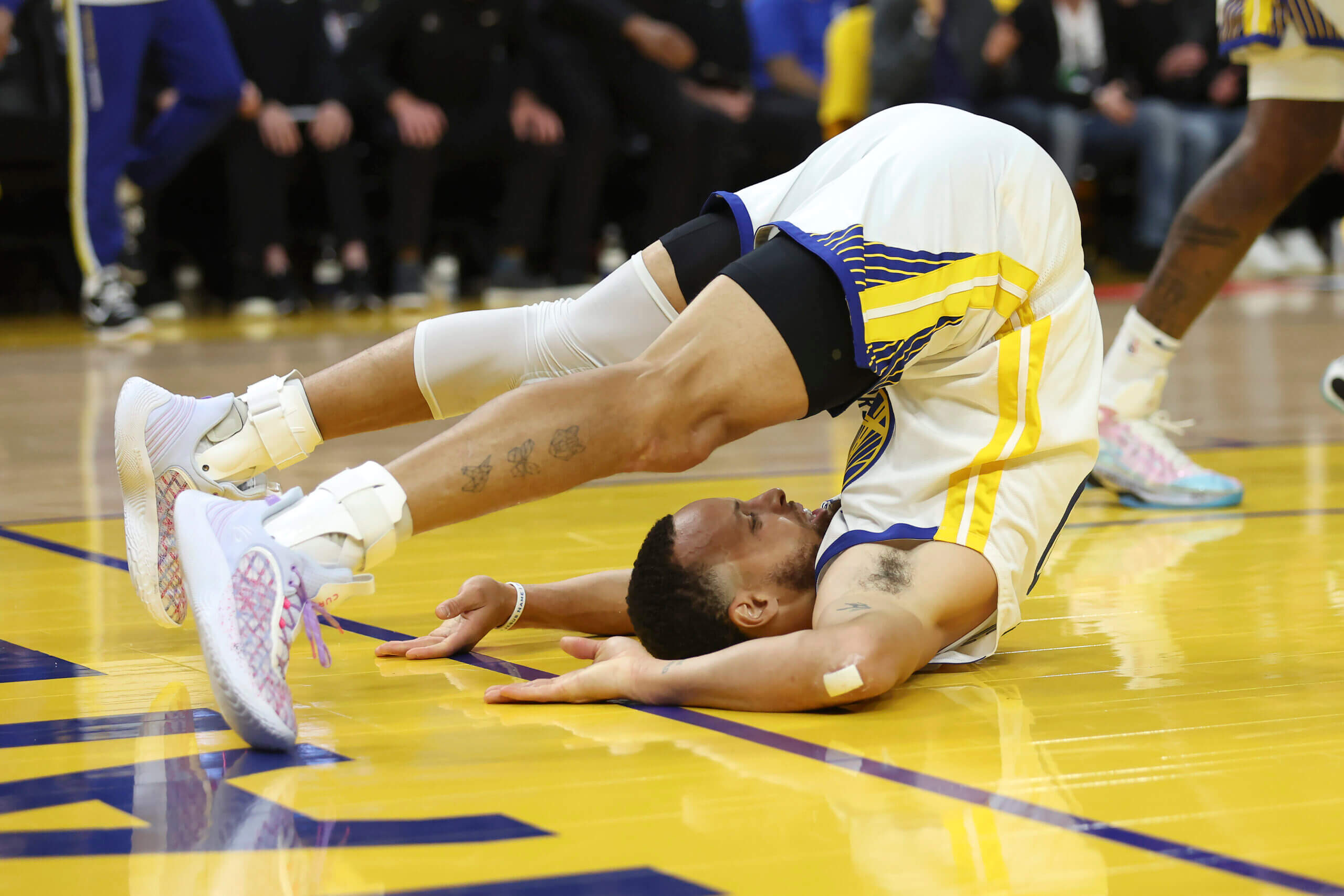 Not much went right for Golden State in Game 1 as Steph Curry crashed onto the hardwood in the second half. Boston won the series opener in San Francisco 120-108. (Jed Jacobsohn/Associated Press) 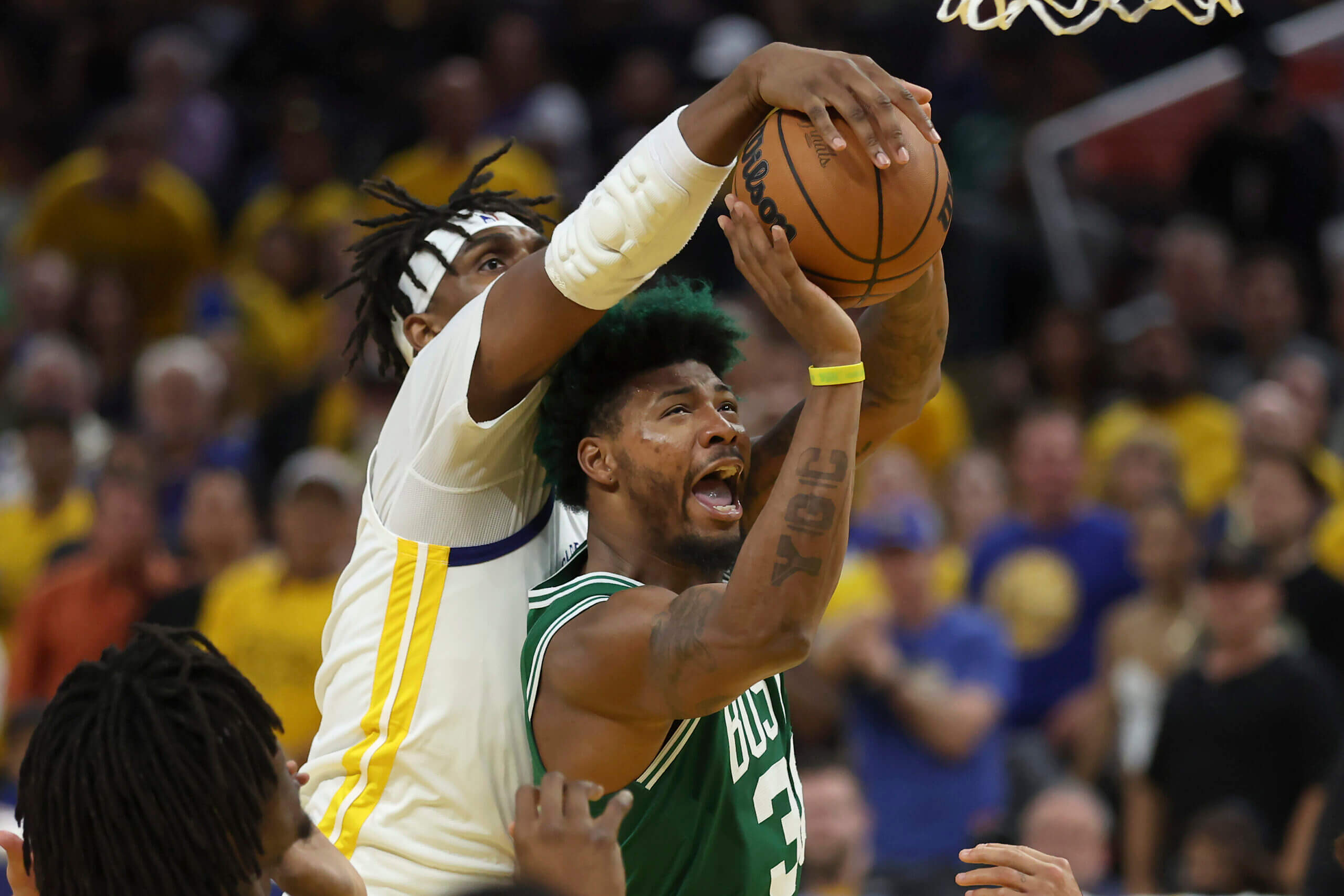 The Warriors’ Kevon Looney makes a save in the second half from Marcus Smart’s shot. Looney also provided offense, finishing 6 of 6 from the field for 12 points. (Jed Jacobsohn/Associated Press) 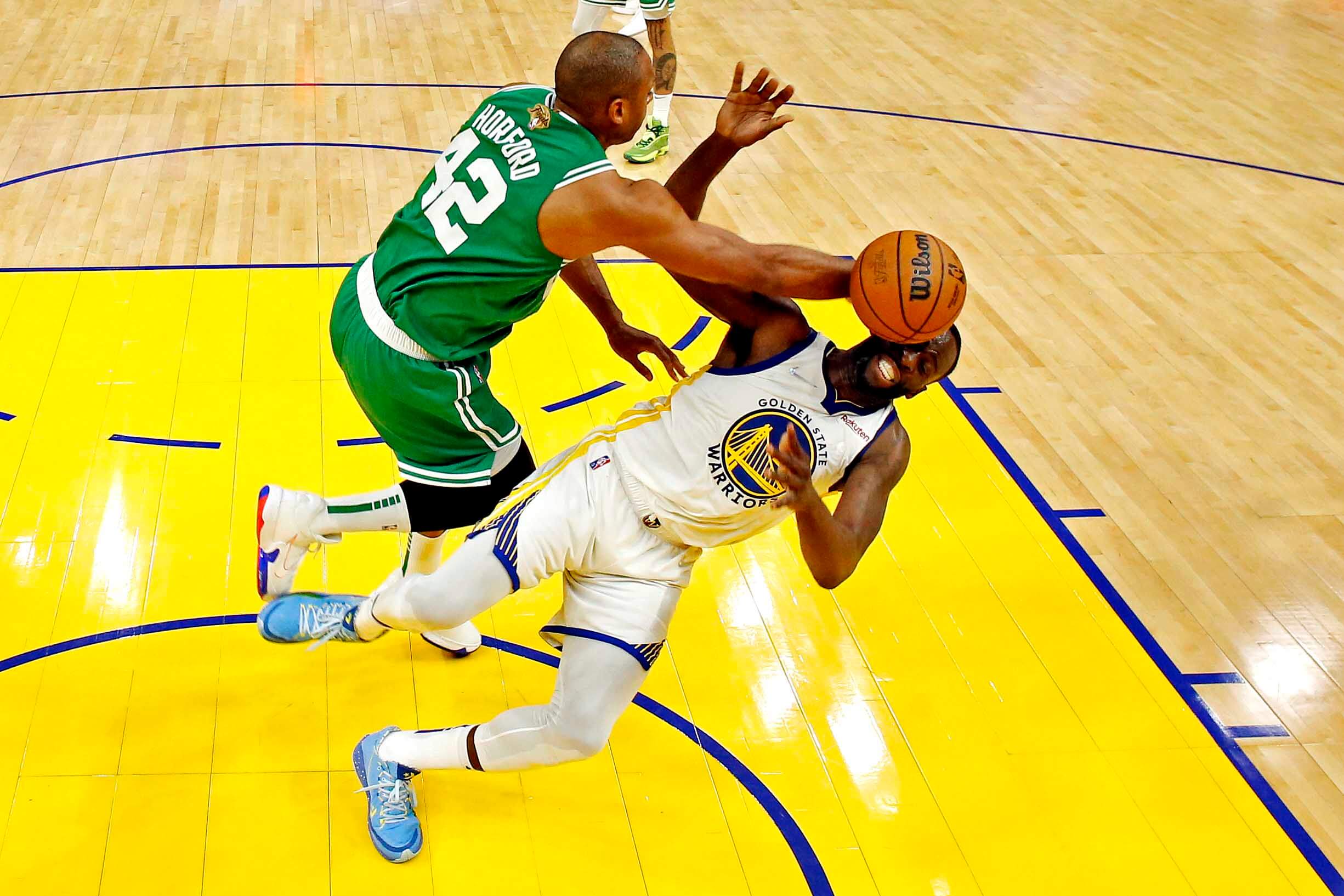 Things got tough in Game 2 when the Warriors’ Draymond Green paid the price for entering the paint against Al Horford. (Kyle Terada / USA Today) 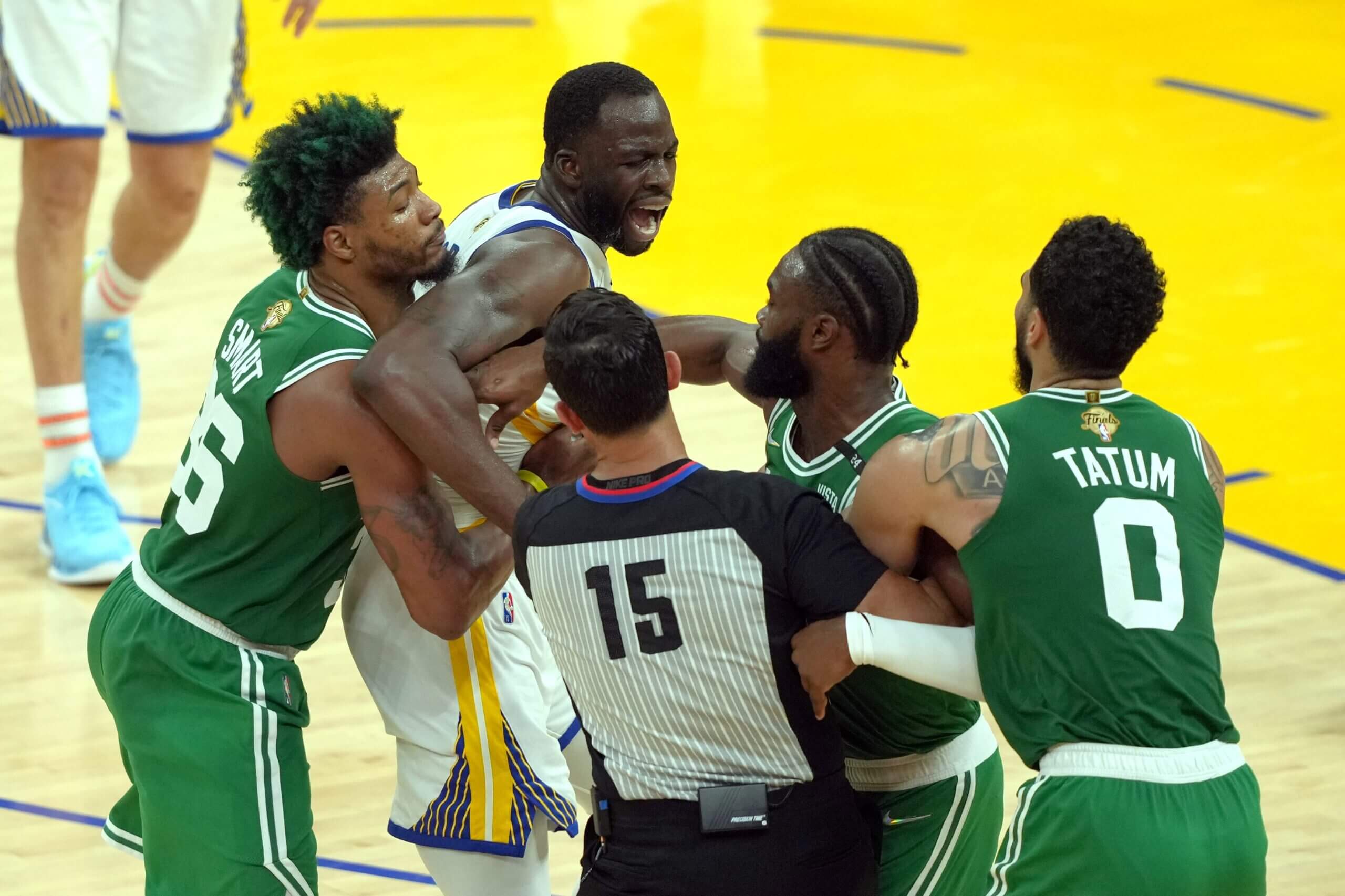 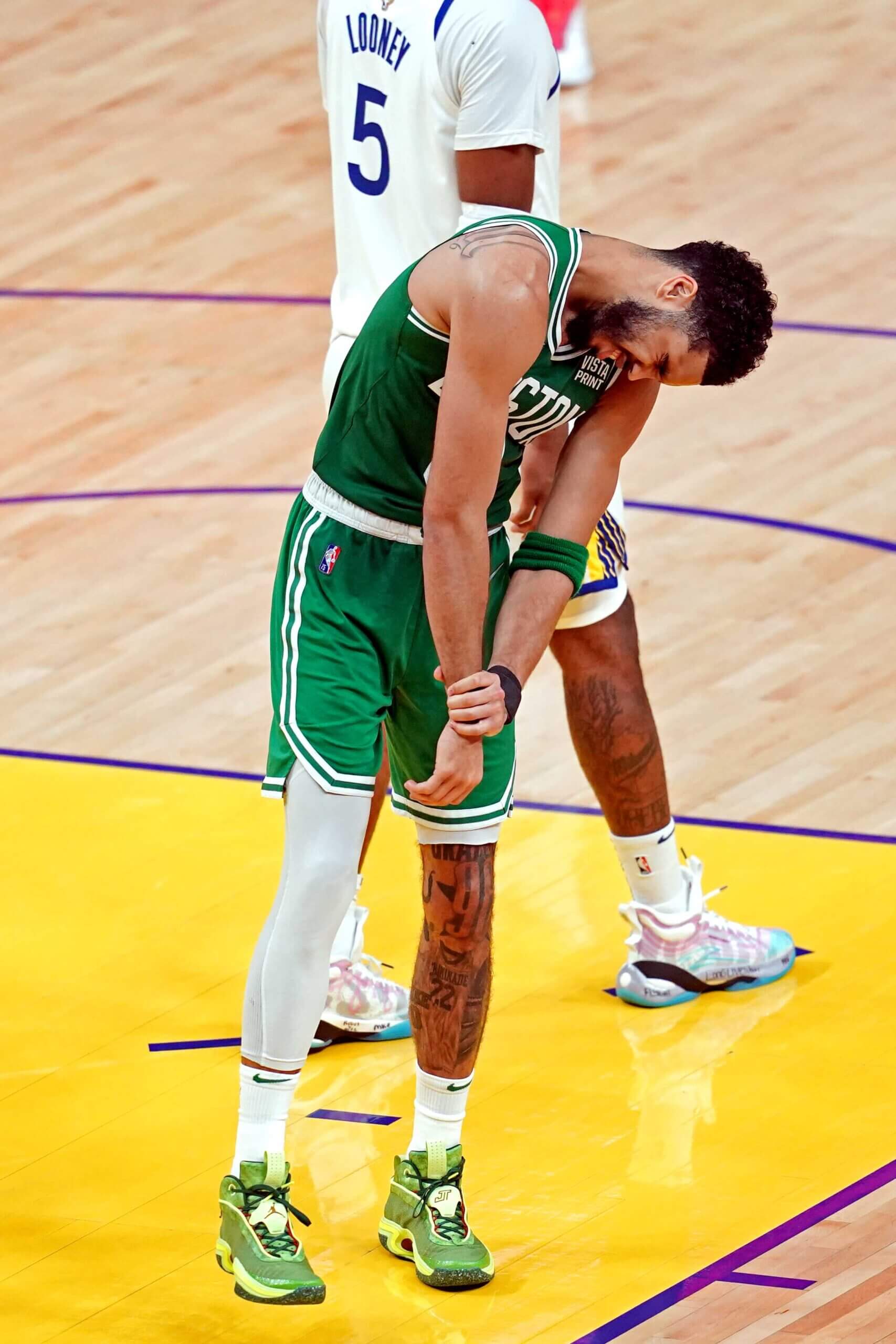 A battered Jayson Tatum and the Celtics were defeated by the Warriors 107-88 in Game 2 in San Francisco. (Cary Edmondson / USA today) 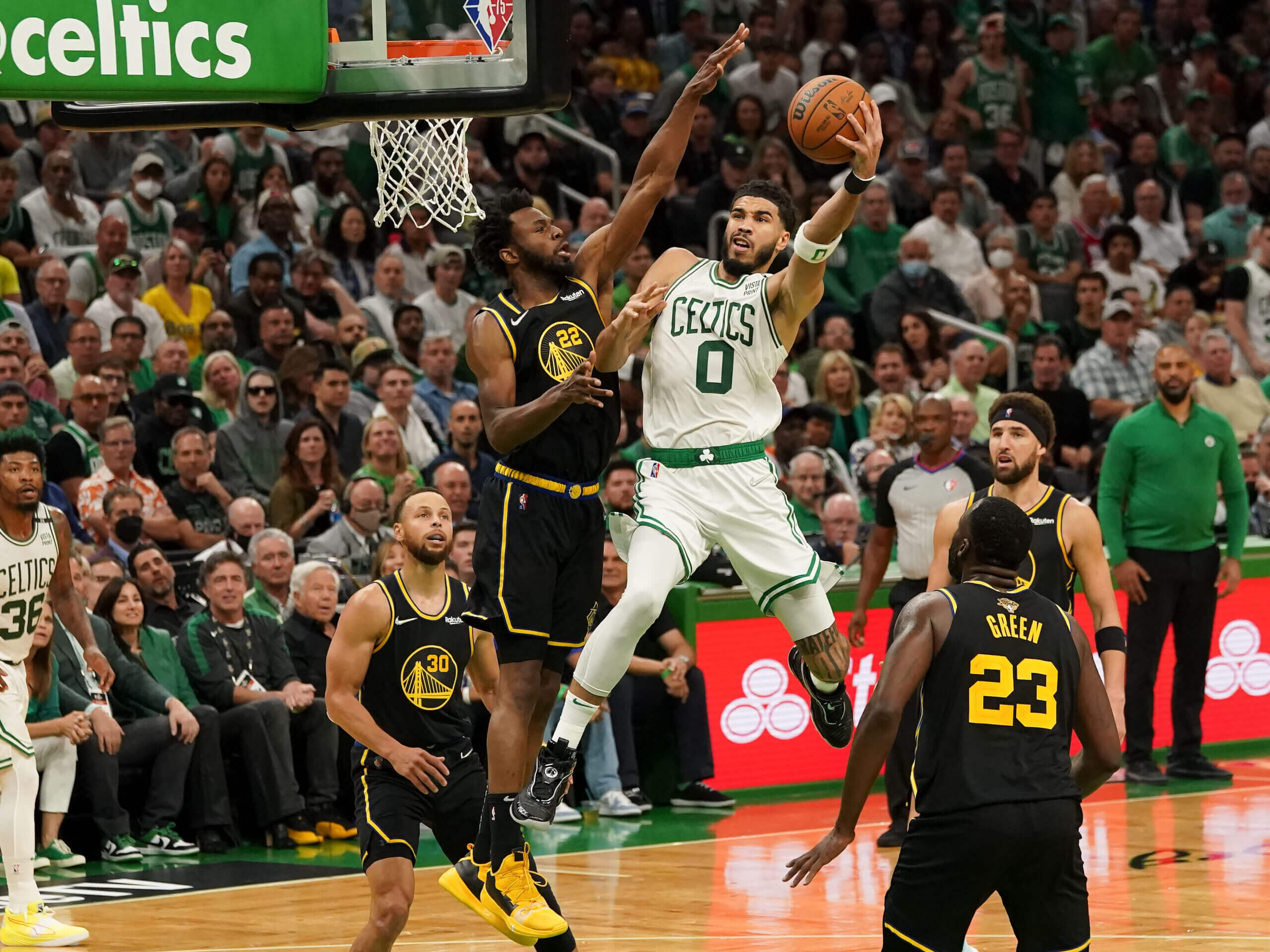 Jayson Tatum jumps in the basket against the Warriors’ Andrew Wiggins in the first half in Boston. (Kyle Terada / USA Today) 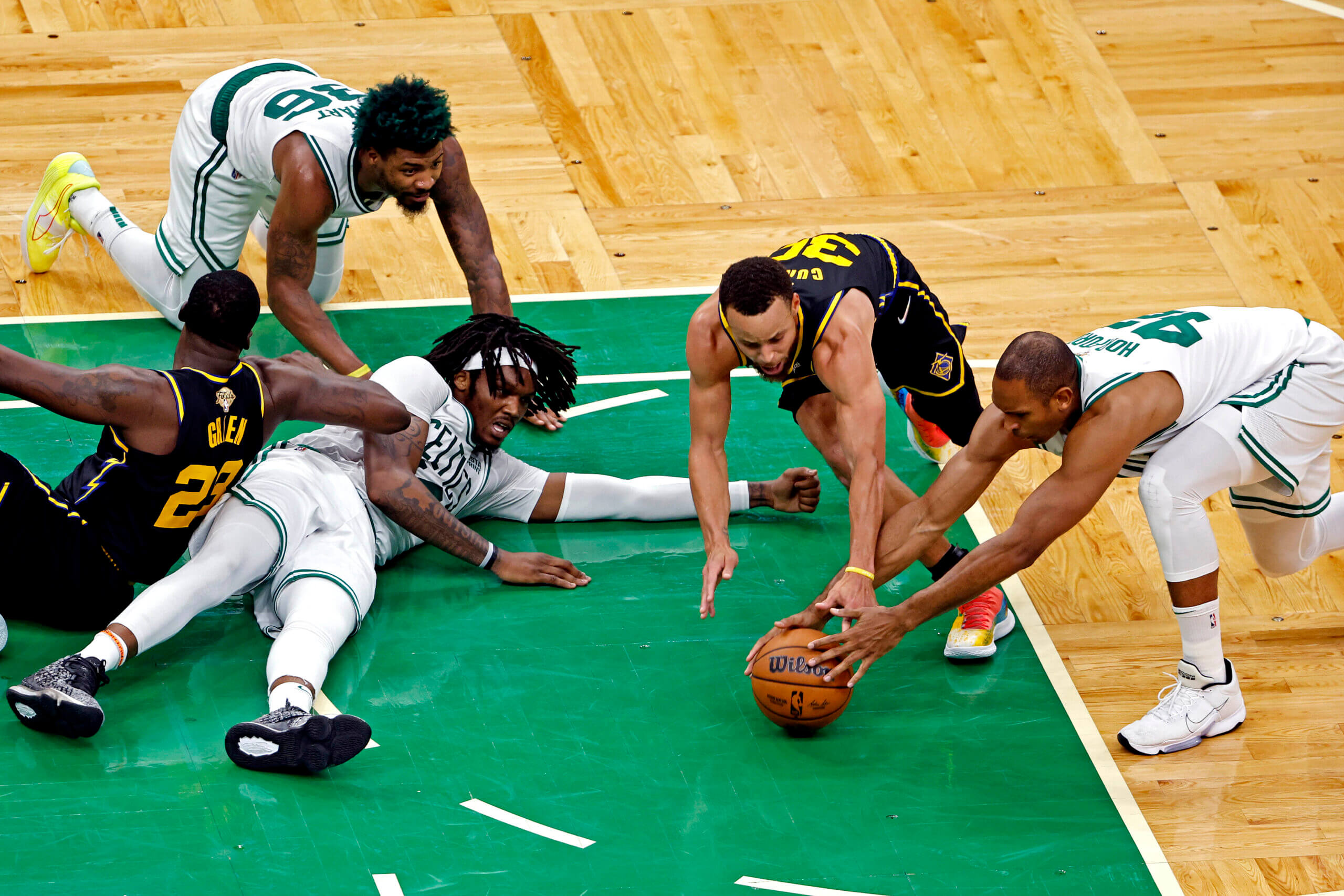 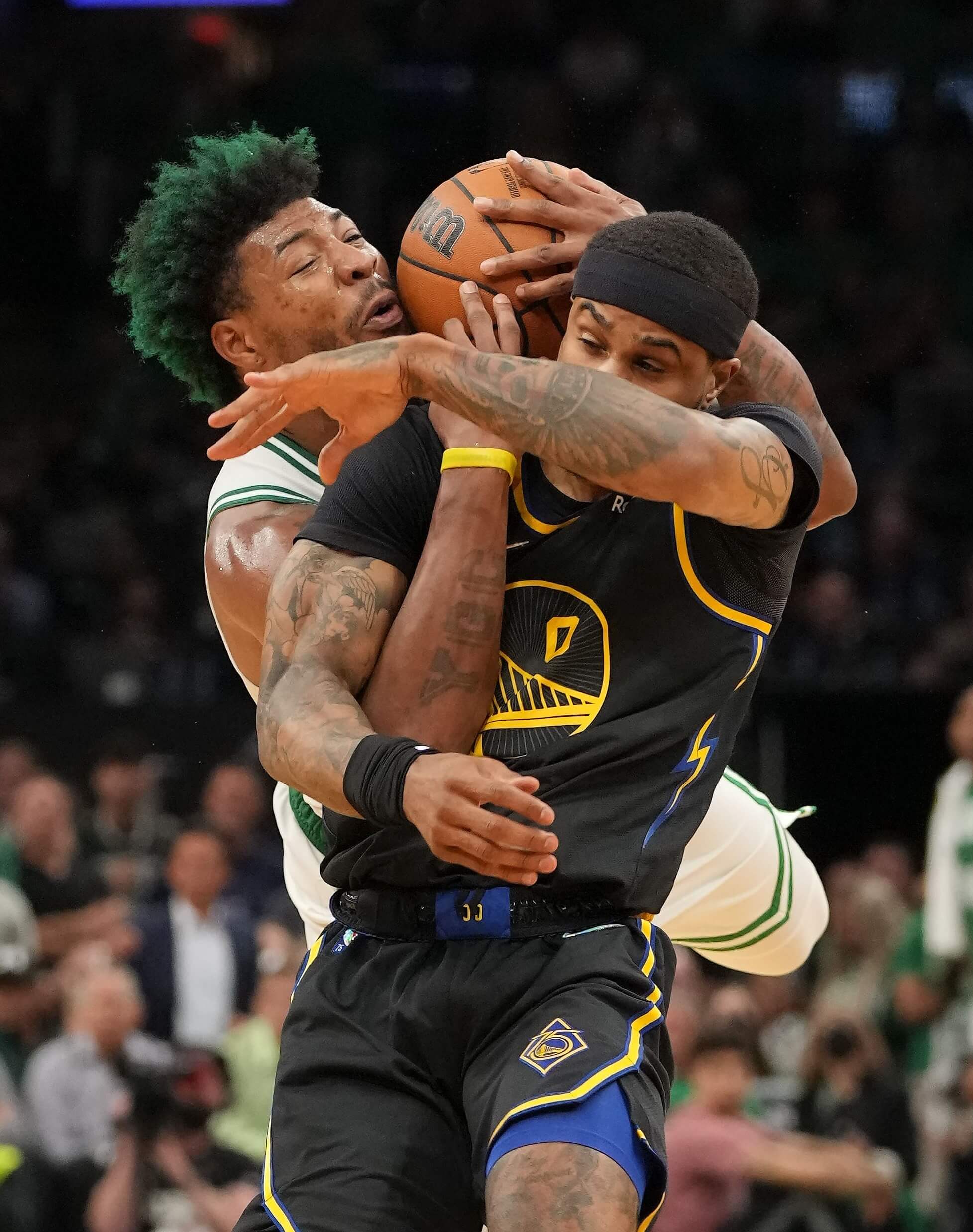 The Celtics’ Marcus Smart and the Warriors’ Gary Payton II battle for the ball in the fourth quarter. The Celtics won Game 3 at home 116-100. (Kyle Terada / USA Today) 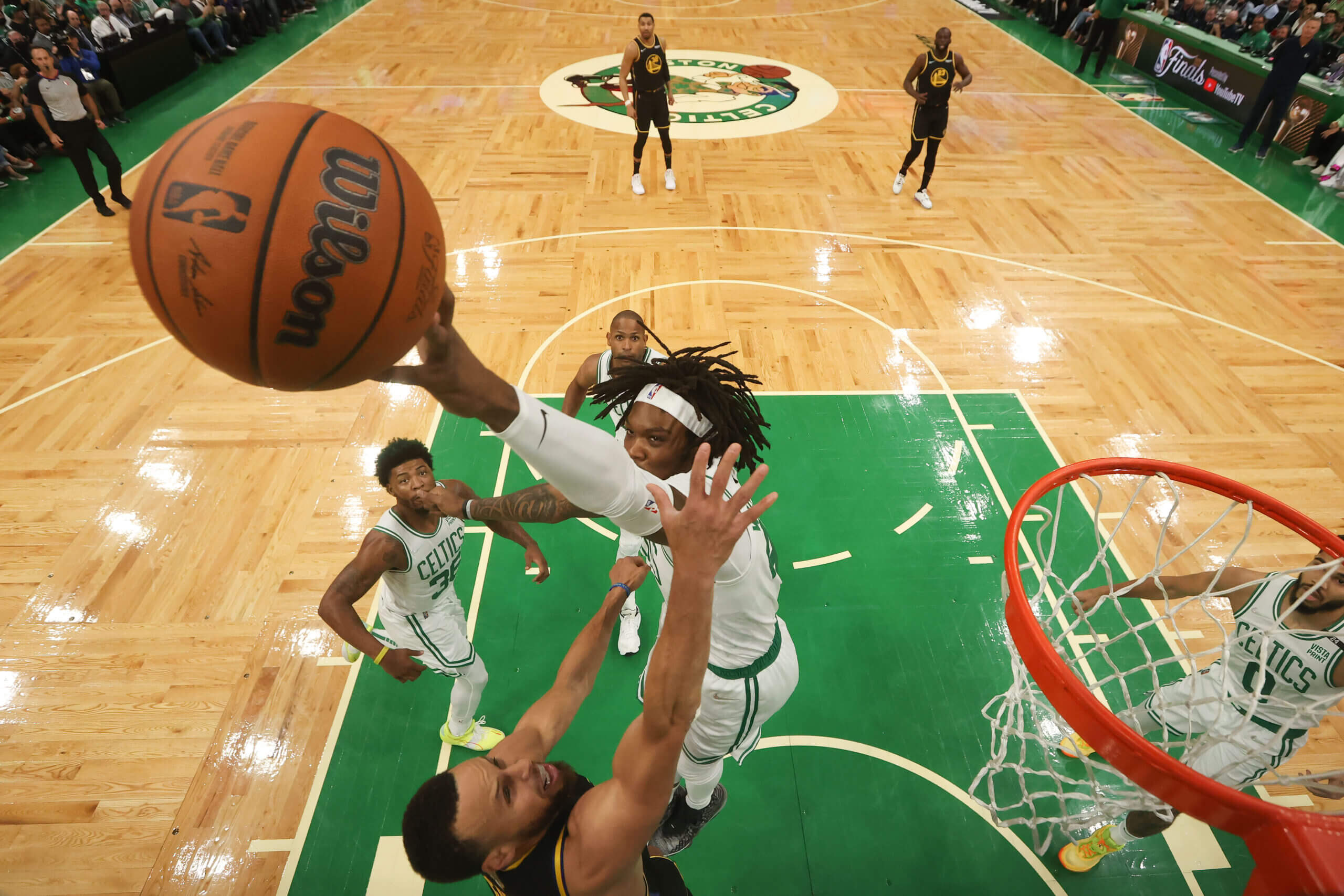 The Celtics’ Robert Williams III saves a shot from Steph Curry in the first half in Boston. (Elsa / USA today) 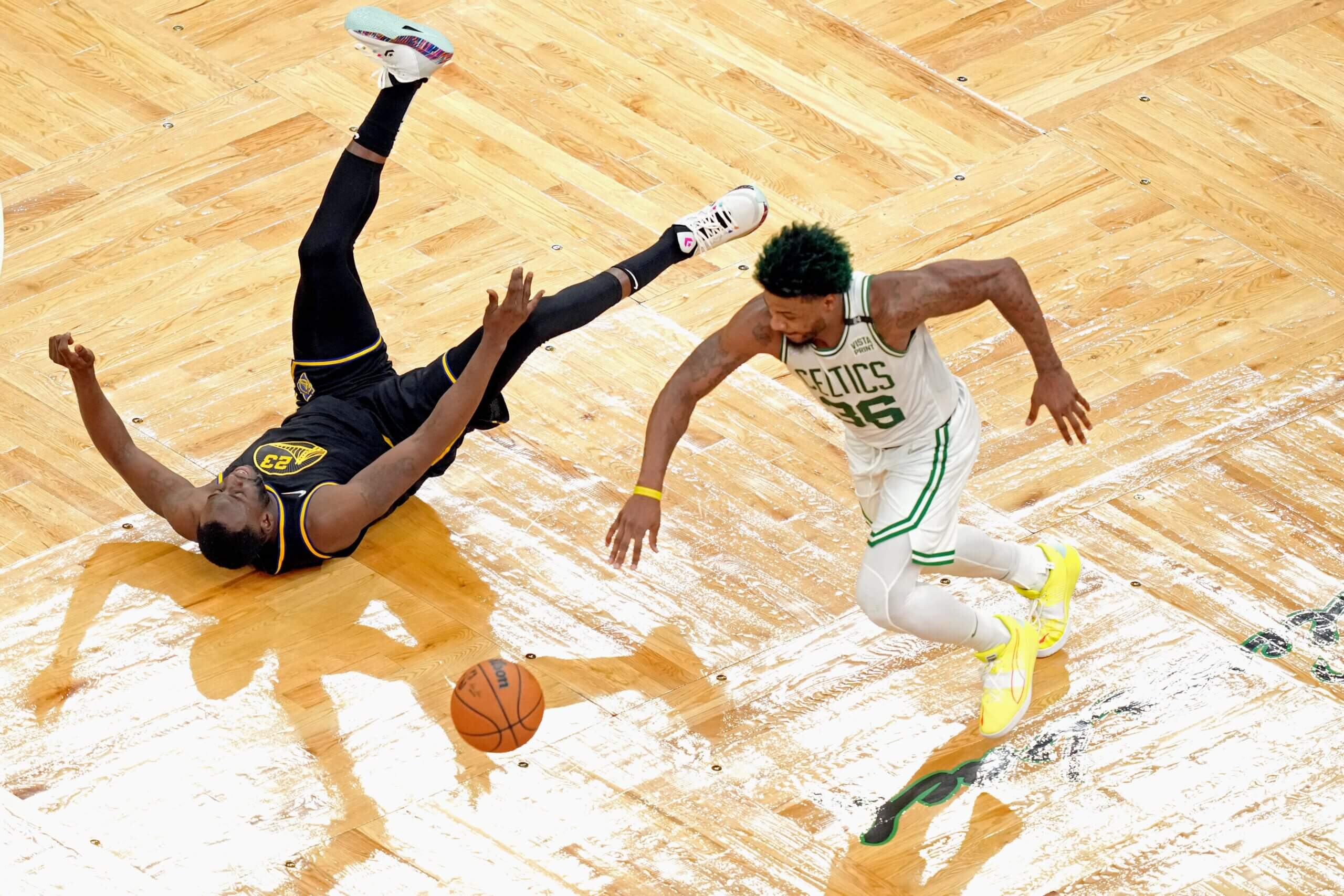 Draymond Green hits the deck after a steal from Marcus Smart in the third quarter. (Kyle Terada / USA Today) 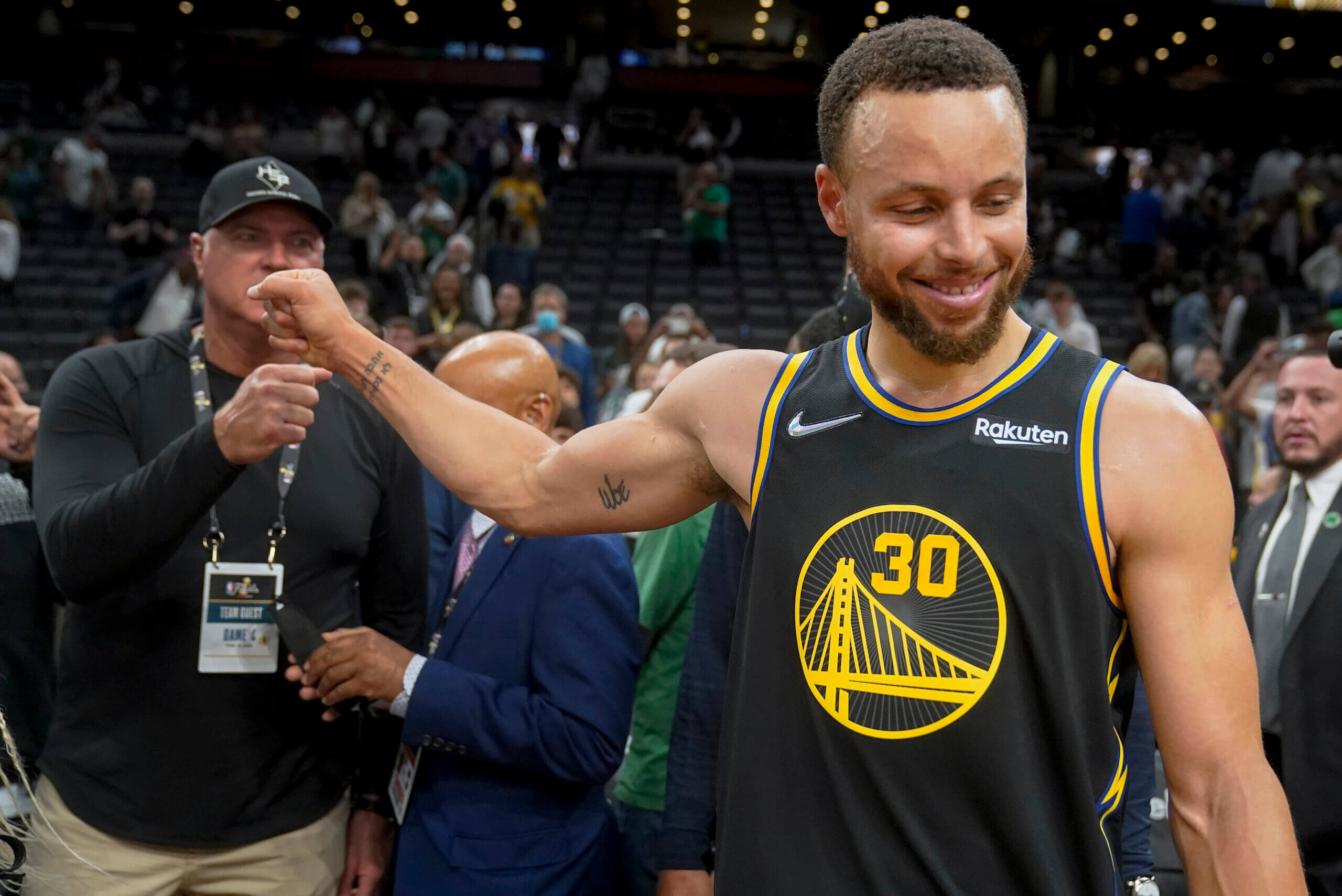 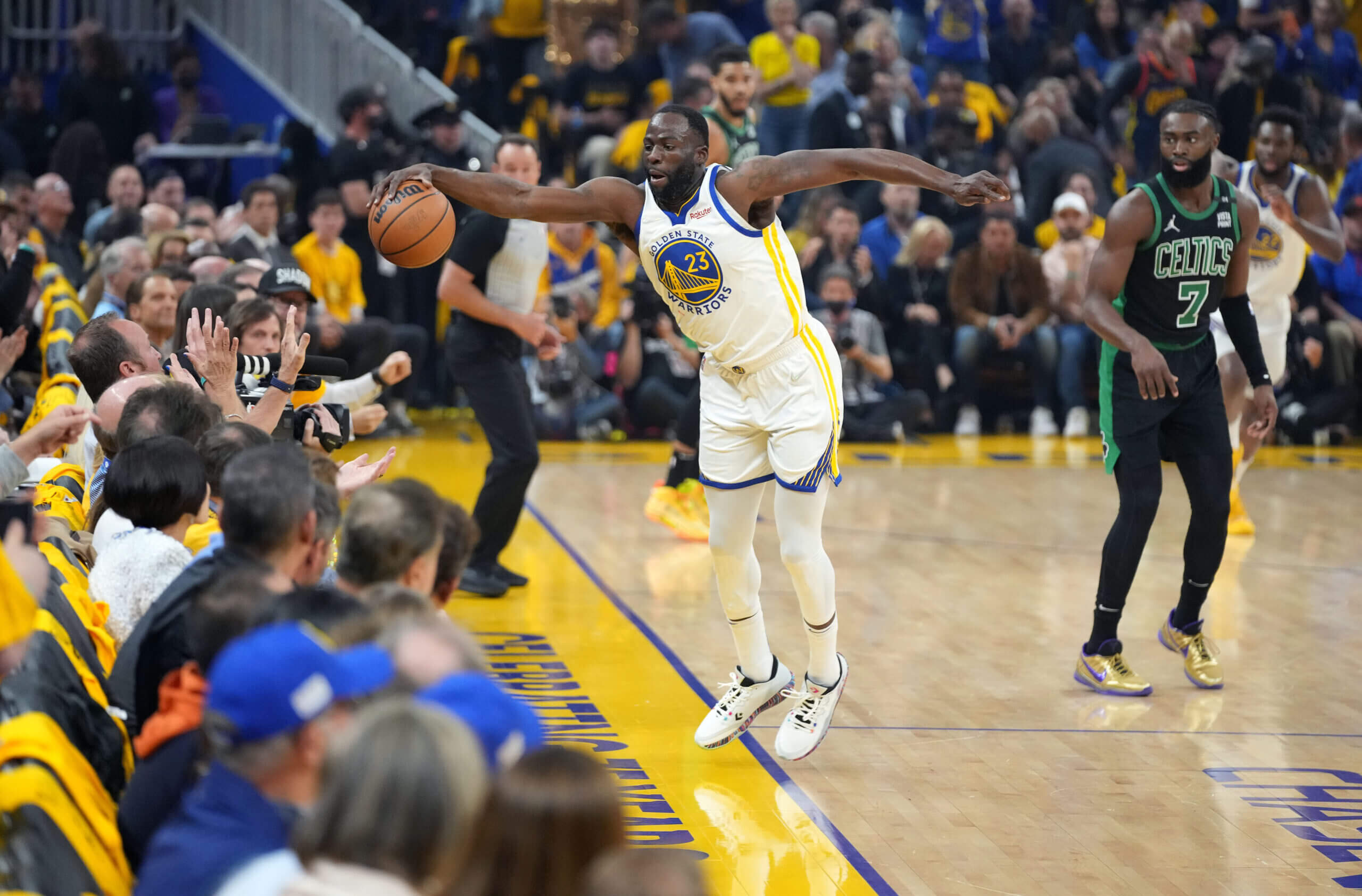 As he tiptoes to the touchline, Draymond Green fails to quite save the ball in the first half. (Kyle Terada / USA Today) 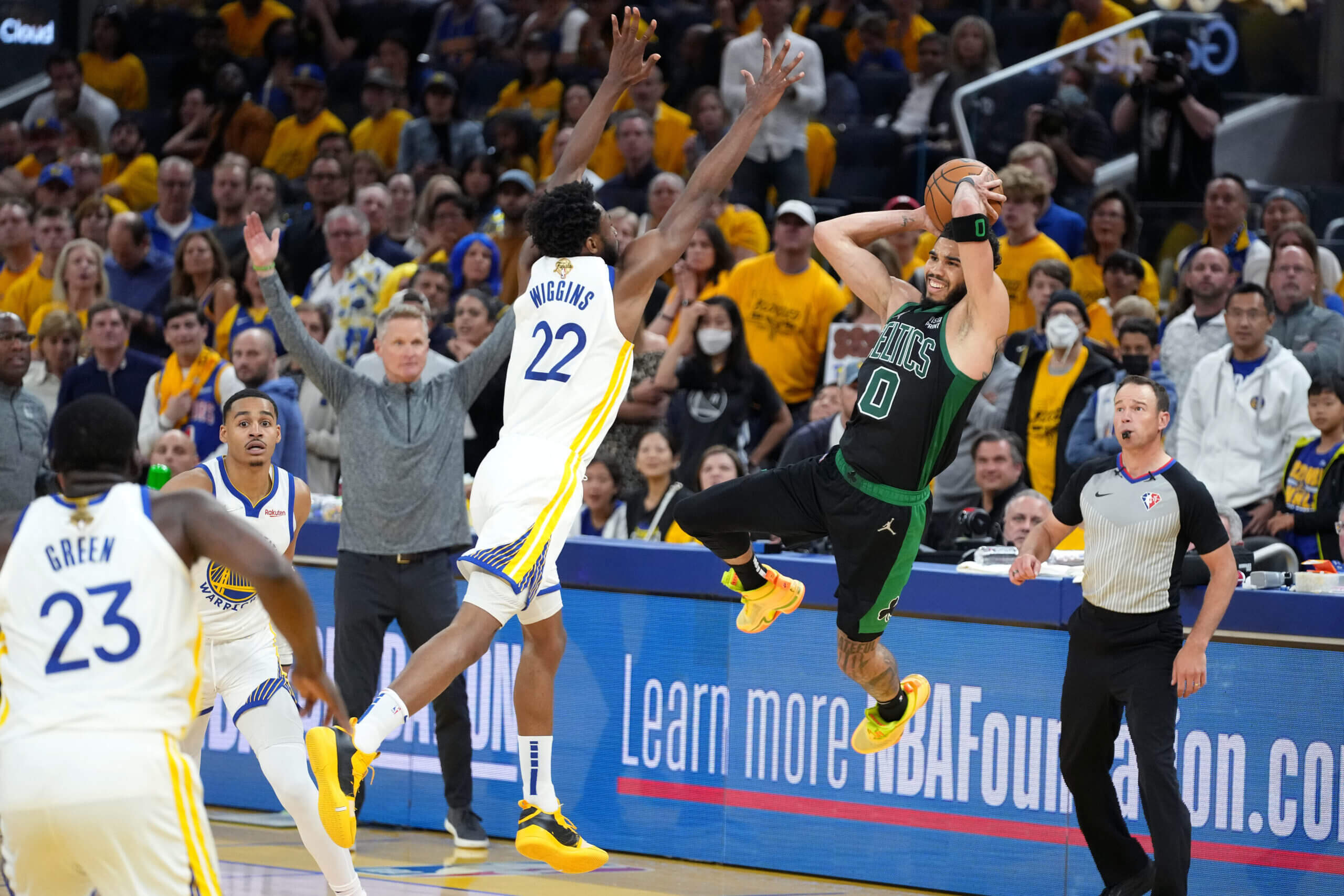 Jayson Tatum saved that ball despite pressure from Andrew Wiggins in the second half. (Kyle Terada / USA Today) 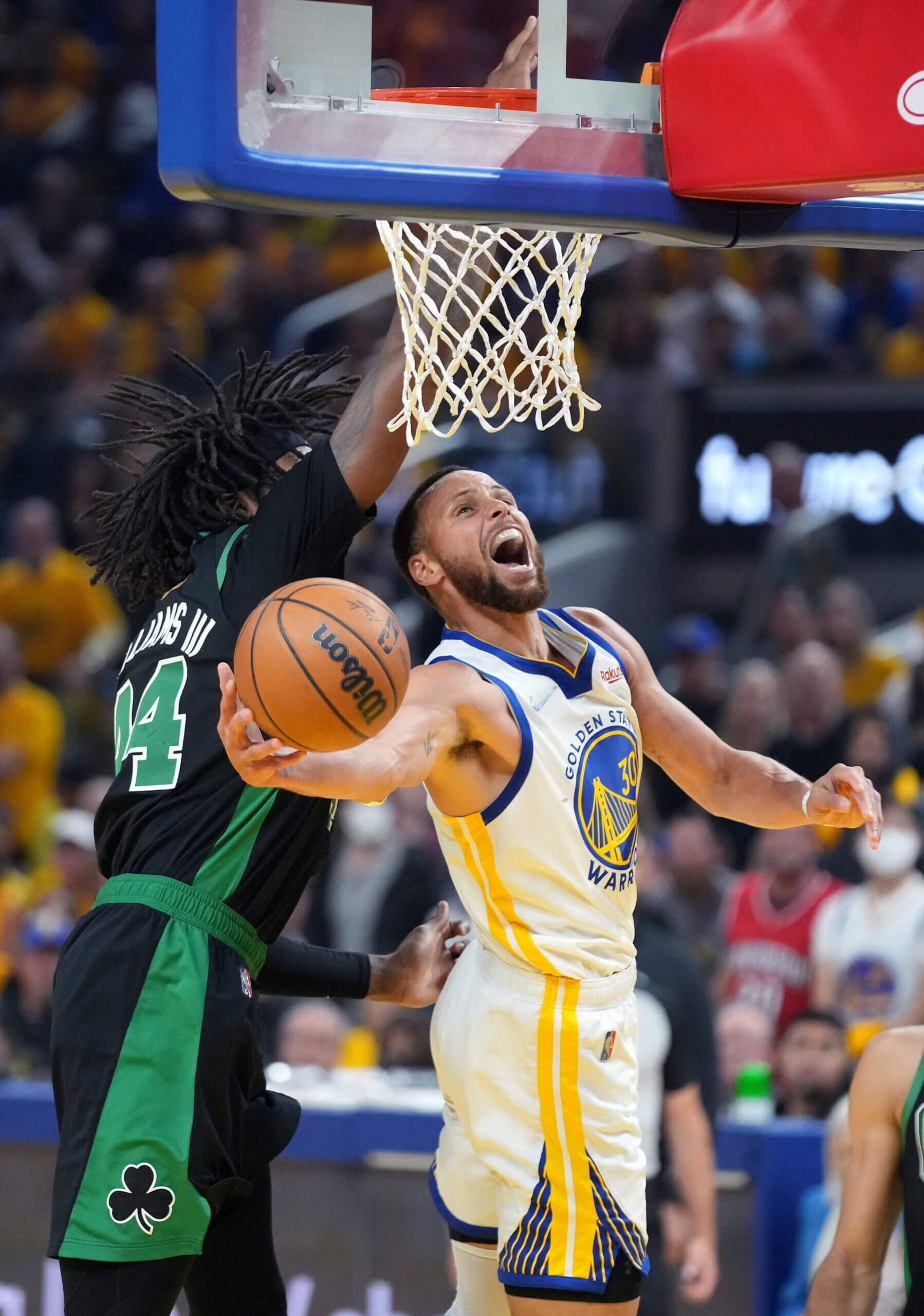 Steph Curry slips past Robert Williams III by two of his 16 points in the first half. Curry fought his way off the field (7-of-22 shooting), but that didn’t matter. The Warriors won 104-94 in San Francisco and took a 3-2 lead. (Kyle Terada / USA Today) 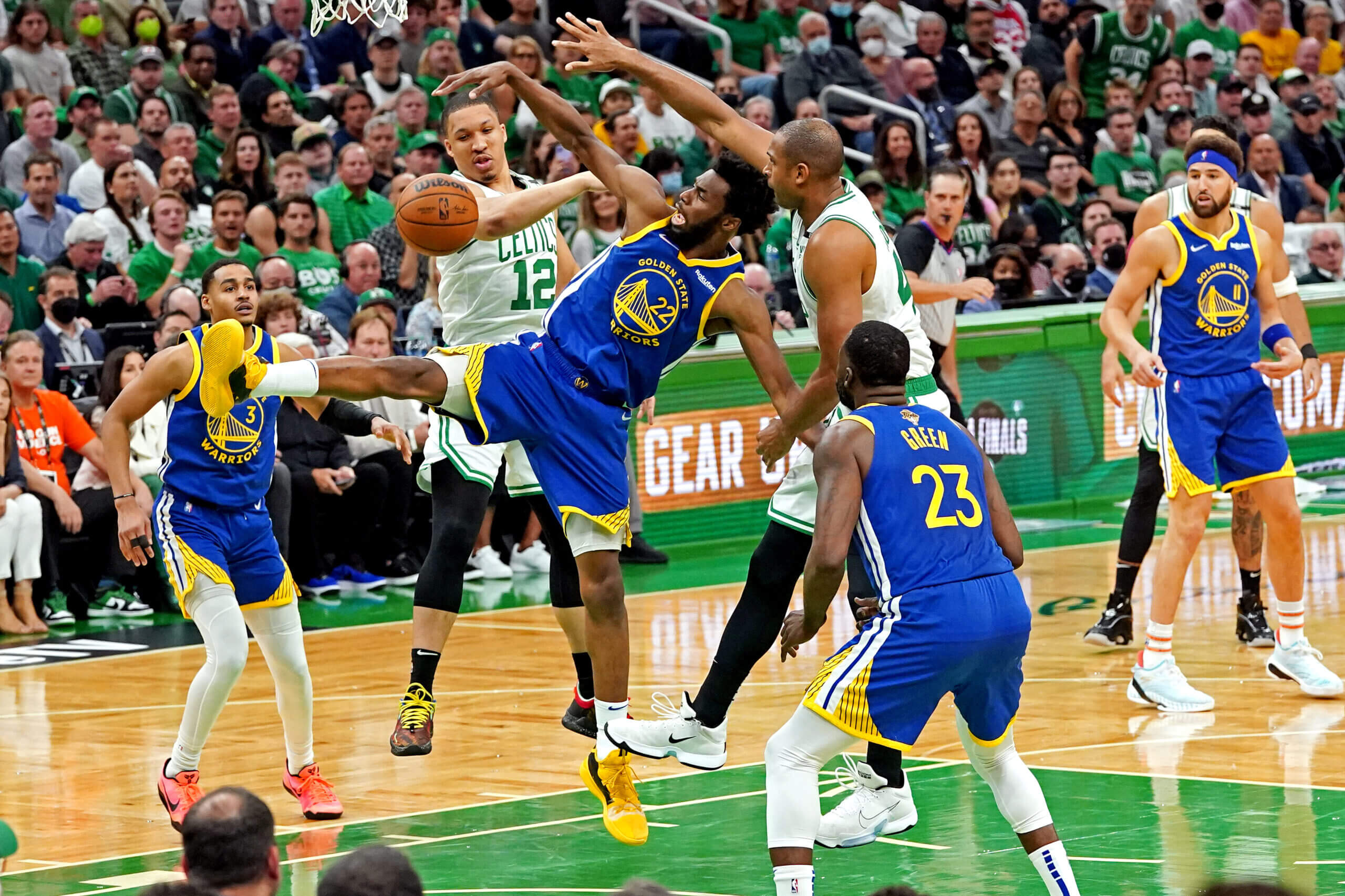 Andrew Wiggins met resistance from the Celtics defense in Boston in the first half, but Game 6 was all Golden State. (Kyle Terada / USA Today) 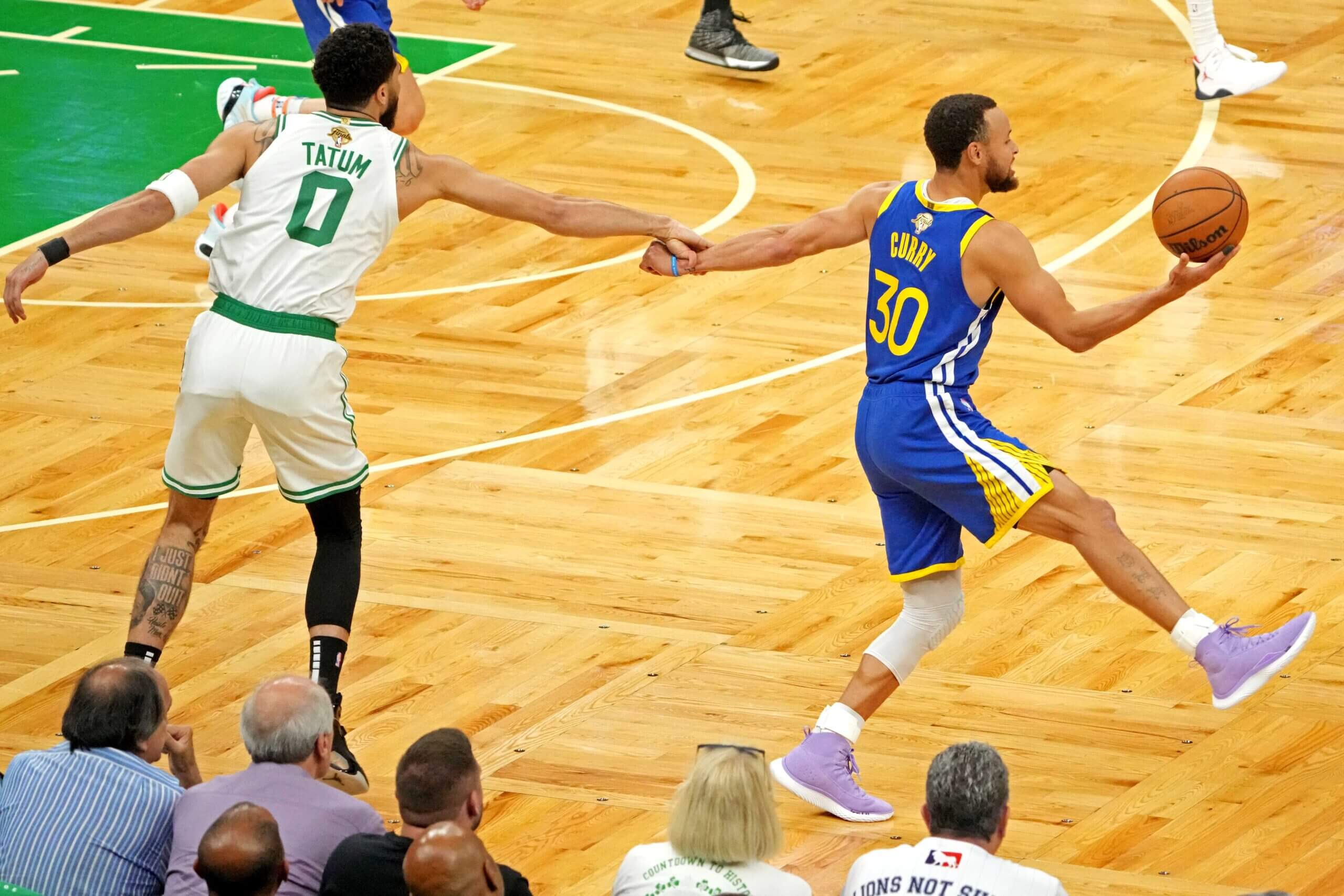 Containing Steph Curry was a difficult task for Jayson Tatum and the Celtics in the NBA Finals. Curry scored 34 points and added seven rebounds and seven assists in the 103-90 win in Game 6. (Kyle Terada / USA Today) 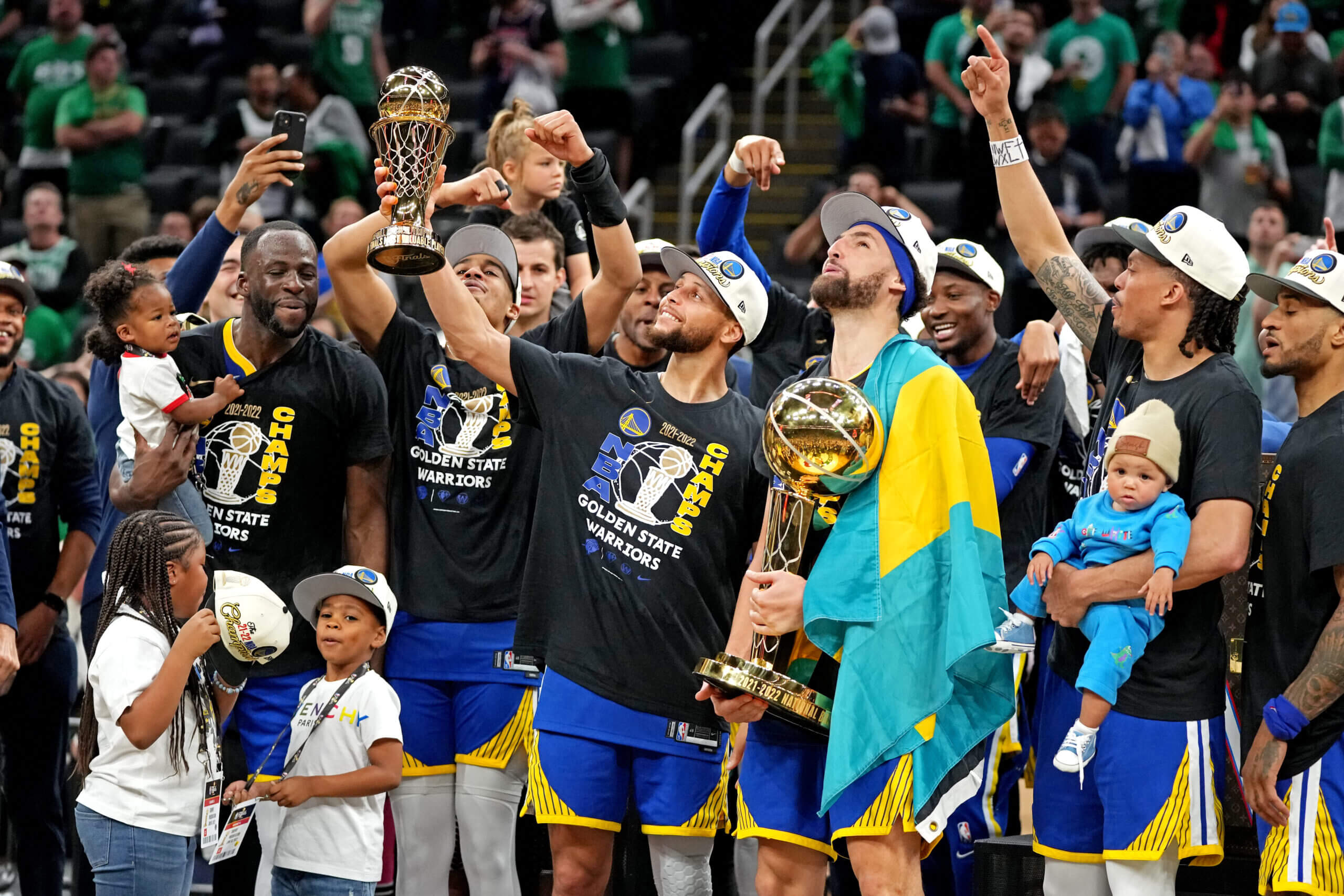 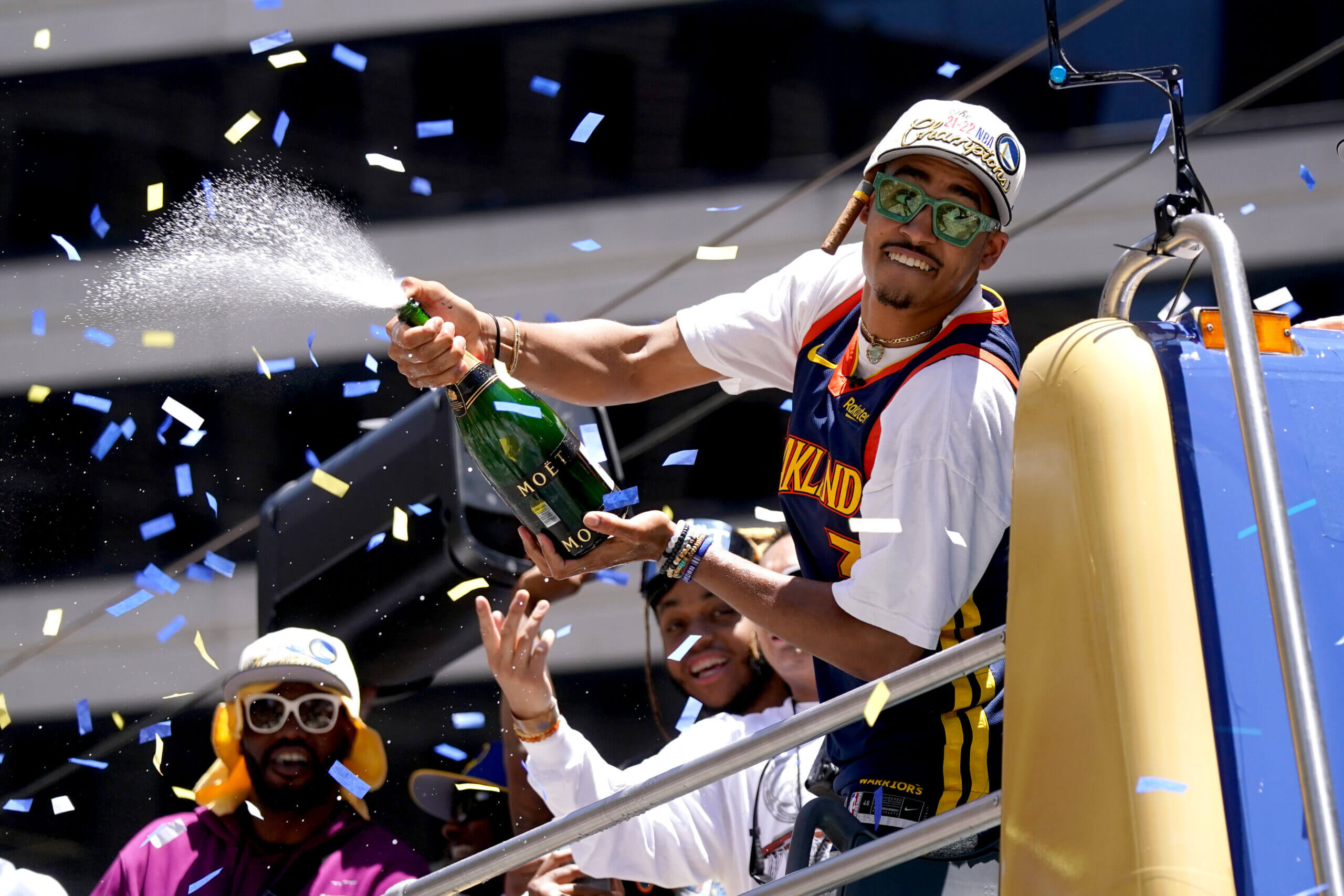 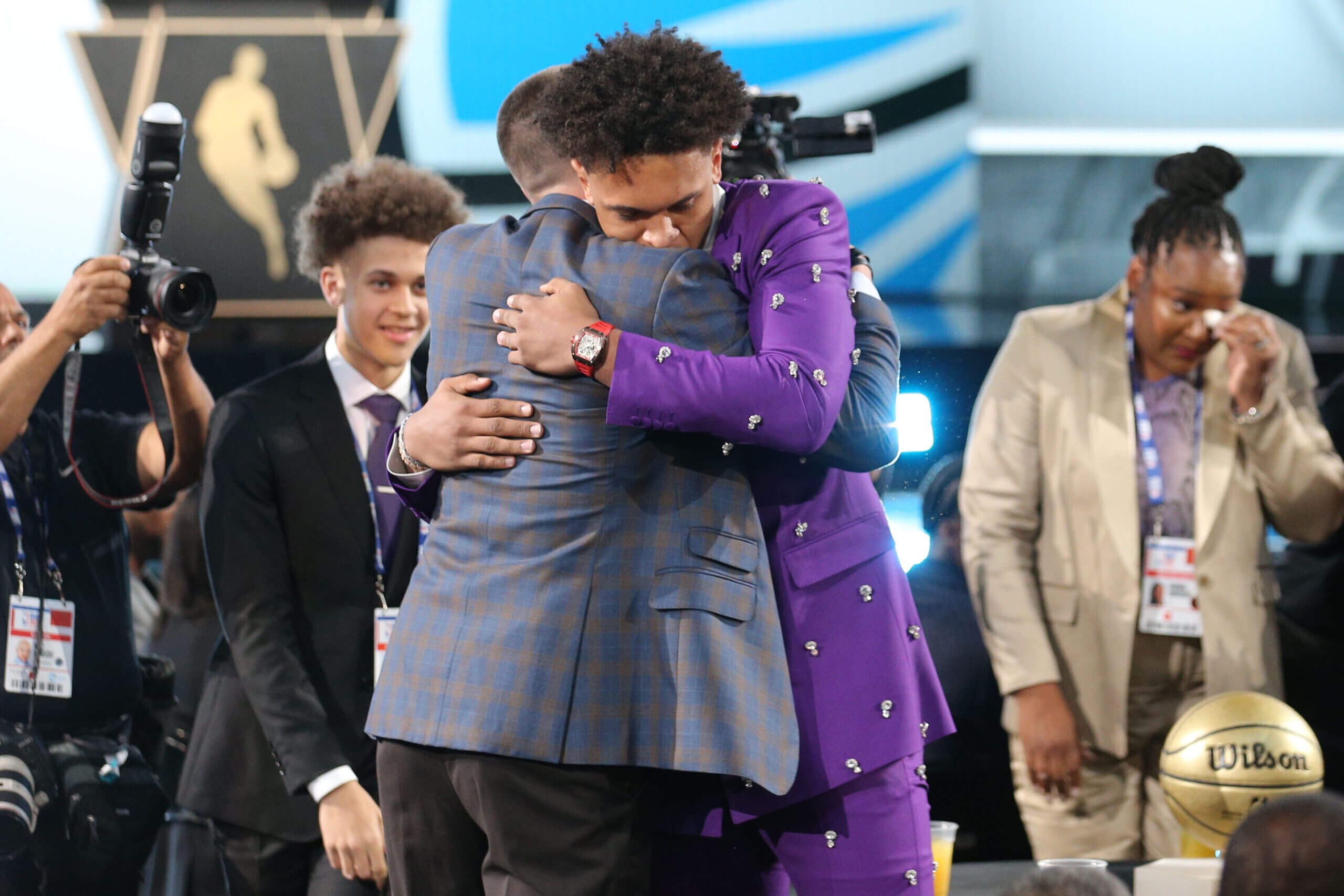 Duke’s Paolo Banchero receives a celebratory hug after being selected by the Orlando Magic as the #1 pick overall in the NBA draft held June 23 in New York. (Brad Penner / USA today)

November: 20 NBA Pictures You May Have Missed

December: 20 NBA Pictures You May Have Missed

January: 20 NBA Pictures You May Have Missed

February: 20 NBA Pictures You May Have Missed

March: 20 NBA Pictures You May Have Missed

April: 20 Pictures You May Have Missed

Can: 20 Pictures You May Have Missed