The Boston Celtics returned to glory with a core that included Ray Allen and Rajon Rondo, who played pivotal roles in the team’s 2018 championship run. However, a feud between Allen and Rondo continued throughout the glory years, apparently leading to a boxing match.

It’s no secret that Allen didn’t leave Boston on the best of terms. When he joined the Miami Heat prior to the 2012 season, it did lasting damage to his relationships with many of his teammates. However, the dynamic between Allen and Rondo always seemed to be in flux.

During their final years together in a Celtics uniform, the tension between the backcourtmates grew over time. The downfall apparently began with Allen encouraging Boston to trade his point guard, a crucial domino that drew more animosity and led to teammates being called out to fight in the ring.

During a revealing interview on “The Old Man and the Three” Former Celtics big man Kendrick Perkins said he and his teammates let Allen and Rondo address their issues in a fight.

In the end, the boxing match didn’t make much of a difference. Allen left the Celtics shortly thereafter and his decision to join Miami antagonized Kevin Garnett and Paul Pierce.

Thankfully, the Celtics icons are in a much better place now and have started communicating with Allen again. In the meantime, Boston’s NBA fans need only think back to the glory days of a franchise that has had just one championship since 1987. 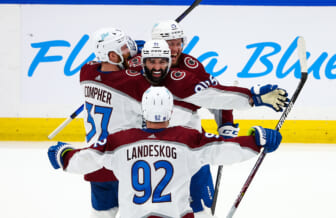