DENVER — Tyler Bozak scored 3:38 in overtime and the St. Louis Blues earned a 5-4 win over the Colorado Avalanche in Game 5 of the Western Conference second round at the Ball Arena on Wednesday.

Bozak won it with a slap shot from the point that went under the glove of Darcy Kuemper. His goal came after Robert Thomas leveled 4-4 in the third period with 56 seconds left with a rebound near the left post.

“I just got a little jump up and saw the trajectory to the net and there’s definitely no bad shot in overtime. So I was just trying to get it through traffic and it went in,” Bozak said. “Obviously it feels great. Just a resilient group of guys. I came down and didn’t want the season to be over and fought hard. I scored some big goals late on and I was lucky to finish in overtime. But it was great. We are looking forward to our next game.” 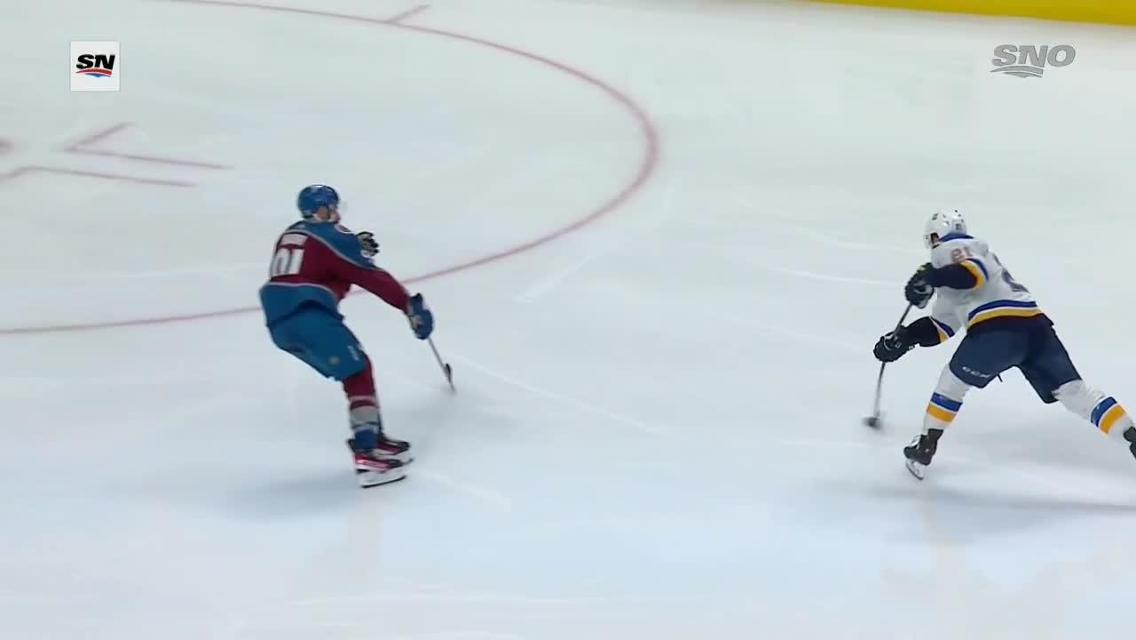 Thomas scored twice, Vladimir Tarasenko had one goal and one assist, and Nick Leddy had three assists for Central Division No. 3 St. Louis. Ville Husso made 30 saves.

“We’re done with this game. It’s over. move on. Get ready for Game 6,” said Blues coach Craig Berube. “MacKinnon had a damn good game tonight. We all know that. He was difficult to handle from the start. He will be difficult to handle again. We need to work on it better.”

Nathan MacKinnon had a hat-trick and an assist, and Kuemper made 25 saves for Central’s No. 1 Colorado.

“I thought we played really well in the first two thirds,” said Avalanche captain Gabriel Landeskog. “We’re stuck in third place and obviously they’ve upped their desperation, that is to say [be] expected. They play for their season, and [we] just couldn’t do it.”

Tarasenko made it 3-1 at 14:42 of the second period, firing gloved-side from the left circle after Leddy’s shot was blocked up front.

Thomas scored his first goal of the Stanley Cup Playoffs to put it 3-2 at 9:57 a.m. and Jordan Kyrou equalized 3-3 at 3:14 p.m. when Justin Faulk rammed a rebound into the crease of his bat .

“[Faulk] does anything for us out there,” said Thomas. “Great on defence, great on offense, plays the tough minutes and it was great to see him rewarded.” 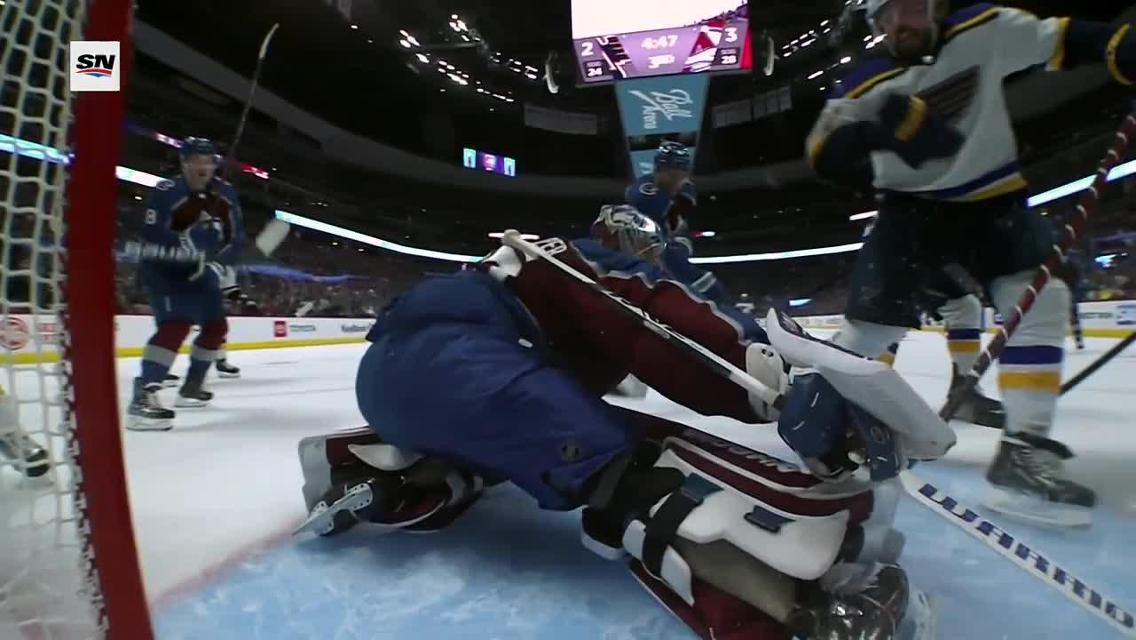 MacKinnon put the Avalanche back in the lead at 17:14 with a highlight reel goal 4-3. He ran the length of the ice, made an inside-out movement on Leddy and covered a shot from under the left circle that went off Husso’s shoulder.

“Incredible individual effort to get around Leddy and then still grab him on his forehand and get him upstairs,” said Colorado coach Jared Bednar. “I haven’t seen such a beautiful goal for a long time. It is big. They must have different types that reinforce different nights. People will say, “Well, our top guys aren’t playing enough,” but we’re winning hockey games and other guys are moving up. It was [Nazem Kadri] there (in game 4). Tonight it was Nate.”

Bozak said: “Obviously MacKinnon is one of the best players in the league and he plays in crucial moments and he made it there, but we have a great leadership in our team. We have a lot of guys who have won before and we knew we still had a lot of time. The guys pulled it off and got us overtime and then it’s anyone’s game when you get there. 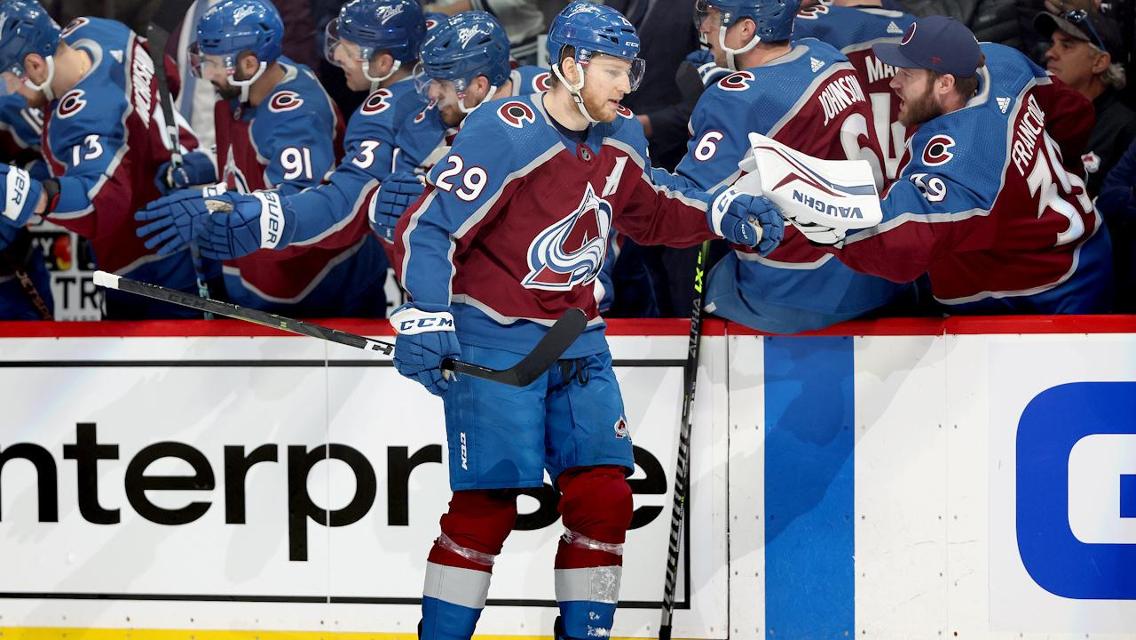 MacKinnon made it 1-0 at 3:51 of the first period, taking a pass from Artturi Lehkonen and hitting Leddy’s stick out of the slot. He then made it 2-0 at 18:23 when the rebound of his tamping attempt deflected off Colton Parayko’s chest on the power play.

“It doesn’t matter,” MacKinnon said. “We have to move on like Gabe said and come back and win Game 6 down the road. It’s a fun opportunity for us. Hopefully everything happens for a reason and we have to get that done. But it should make our team a little tougher, a little bolder in these situations. Can’t win every series in four and five. They have a great team and we look forward to taking on a big challenge in St. Louis and trying to complete a streak.”

Landeskog extended the lead to 3-0 at 4:02 of the second with a deflection. 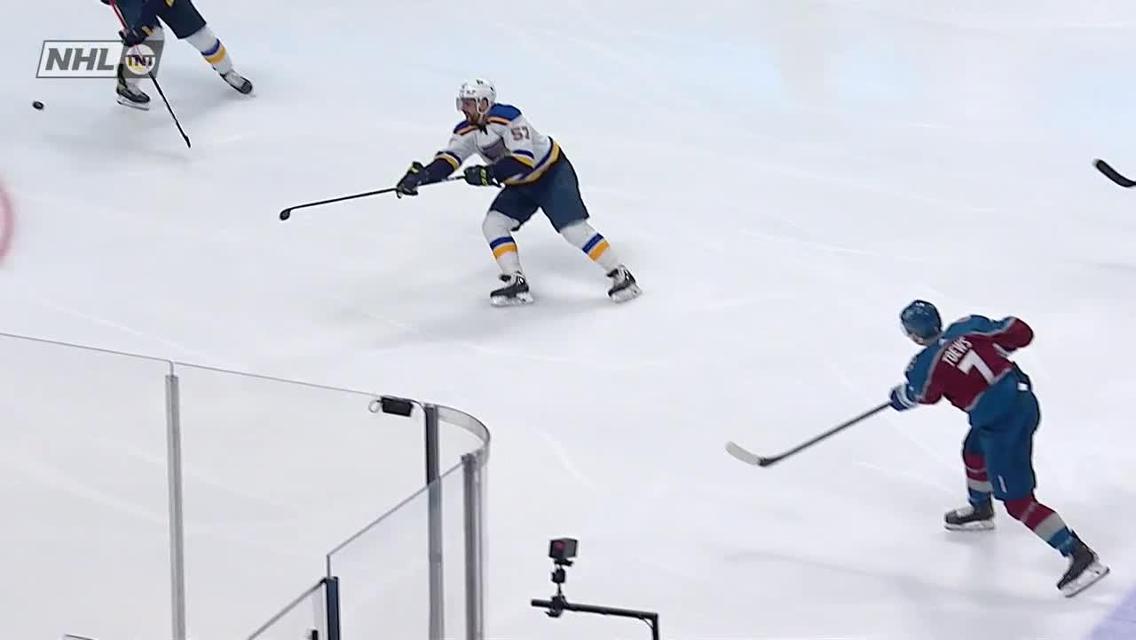